Johan Harstad offers a wholly original voice and is one of the most obvious talents published by Gyldendal for many years.

He sees human fates in modern reality in a way that is both urgent and refined, offering a complete involvement and a particular sense of absurd humor. His characters often stand slightly to one side, at a distance to the major pulse of society. They are vulnerable, lonely, different.

Buzz Aldrin, what happened to you in all the confusion? (2005): The novel tackles the big question: What does it mean to be a human today? What is important in our lives? The narrative voice is convincing, and Mattias, the protagonist, strives to be the invisible second man, the cog, the one nobody notices.
«Buzz Aldrin is an enchanting adventure with a terrifically good narrator. »
Het Patrool, Amsterdam.

Hässelby (2007): It’s about growing up in a suburb and knowing you’ll never escape. It’s about the collection value of Star Wars action figures, about the rock group The Police, about acausal causalities and everyday synchronicity. Hässelby is a novel about those all too numerous demons that come, perhaps, at the very worst time, but that nonetheless must come – sooner or later.

Max, Mischa & the Tet Offensive (2015): Friendship, exile, love, war and art: Johan Harstad's breathtaking new epic has it all.But more than anything Max, Mischa & the Tet Offensive is a novel about the question anyone who has ever left home sooner or later has to ask himself: For how long do you have to be away before it becomes too late to go home?

In 2009 Johan Harstad was employed as the Nationaltheatret’s first house play write. Etc. is the play that grew out of that engagement, partially in collaboration with the theatre’s actors. It is an extensive work, brutally merciless, almost exhausting, but also beautiful and funny. According to the author it is “simply the most aggressive thing I have ever written.”

Johan Harstad made his debut 21 years old, with a contribution to Postboks 6860 in 2000, releasing his first collection of prose works, From here on you just get older, in 2001. This was followed by a collection of short stories, Ambulance, in 2002 received with critical acclaim, translated into French and Finnish. Harstad has also written four pieces for the theatre, Degrees of White, Washington, Krasnoyarsk, The Breadman's Memoirs collected in BSIDES published in 2008.

Winner of the Europese Literatuurprijs, 2018

Winner of The National Ibsen Award for the play Osv., 2014

Winner of The Oslo Award 2012 for Blissard

Winner of the The Brage Award for Darlah (Cappelen Damm)

Winner of The Youth Critic’s Award for Hässelby, 2007

Winner of the Stavanger’s Artist of the Year, 2003

Short-listed for the Norwegian Critic’s Prize 2015

Short-listed for The National Ibsen Award, 2011

Short-listed for The Brage Award, 2010 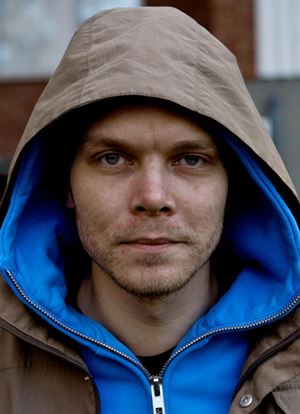