Jørgen Brekke (b. 1968) has a background as a literary critic and has worked as a freelance journalist for some years.

Brekke made his literary debut with the acclaimed crime novel Where Monsters Dwell in 2011. It is translated into 14 languages. The critically acclaimed follow-ups Dreamless (2012) and The Nature of Man (2013) both feature police investigator Odd Singsaker and his American colleague/girlfriend Felicia Stone.

In 2014 Brekke's debut novel was published to great acclaim in the US. Book Page called it «a killer debut», while Booklist wrote: «The buildup to each murder is extraordinarily well done and almost unbearably suspenseful ... lives up to the edginess of this genre.»

«How can a first-time writer produce such a complex and brilliantly constructed mystery?» Marius Aronsen, editor of Nye Bøker Book Club

«An original combination of several factors: the Nordic crime tradition, Nordic humour and understatement, unusual and innovative main characters and an exciting setting. The novel is rooted in the past and the present, in Scandinavia and the US and appeals to a large group of readers across the world.» Katrine Riisager, editor, Politiken Publishing 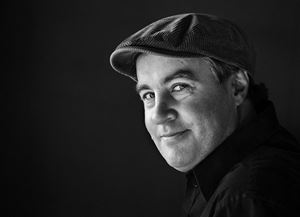